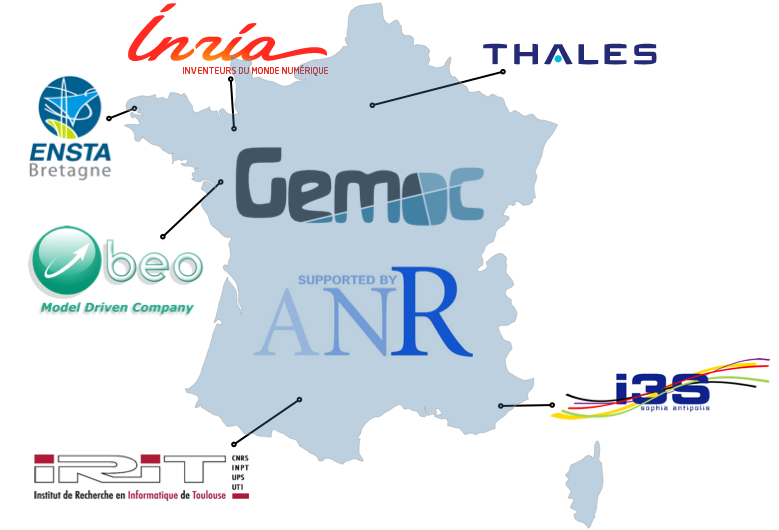 INRIA, the French national institute for research in computer science and control, operating under the joint authority of the Ministries of Research and of Industry, is dedicated to fundamental and applied research in information and communication science and technology (ICST). Throughout its eight research centres located, INRIA has a workforce of 4 100 (3 150 of whom are scientists from INRIA or from INRIA’s partner organizations such as CNRS (the French National Center for Scientific Research), universities and leading engineering schools. They work in about 200 project-teams. Many INRIA researchers are also professors who supervise around 1000 doctoral students, their theses work contributing to INRIA research projects. INRIA has an annual budget of 217 million euros, 20% of which comes from its own research contracts and development products.

Triskell is one of the project-teams, carrying out research on Model-Driven Engineering of Software Product Lines with a special focus on the domain of component based reactive distributed systems with quality of service constraints, including reliability, performance, timeliness etc. Triskell evolved in numerous national projects such as Movida, Domino and OpenEmbeDD. Triskell also participates to several European projects, including the AOSD-Europe and S-Cube networks of Excellence, as well as the FP6 SPEEDS project and the FP7 DiVA project. Triskell is at the frontier of two fields of software: the field of specification and formal proof, and that of design that, though informal, is organized around best practices (e.g.; separation of concerns with aspects, models, design patterns, or the use of off-the-shelf components). We believe that the use of our techniques will make it possible to improve the transition between these two worlds, and will contribute to the fluidity of the processes of design, implementation and testing of software. Triskell is also interested in models at runtime to monitor and adapt component-based systems during their executions, using a model-driven approach.

Thales is a world leader for mission critical information systems, with activities in 3 core businesses: aerospace, defense, and security. It employs 68000 people worldwide, and is present in 50 countries. Thales research activities are lead in the form of surveys, gathering business and R&T teams around common goals related to experiments, validation and technological migration. This original pattern avoids the pitfalls of the classical linear model Research-Transfer-Development. In the continuity of its research activity, Thales Research and Technology plays a central role in the definition of the processes and methodologies applied by the various business units to develop real-time embedded systems. Thales has a great expertise in the issues posed by the GEMOC project. Thales will insure the consistency of the experiments as well as the dissemination of the results of the project in the entire group. In the one hand, applications provide more and more functionalities, and are more and more complex. In the other hand, current tools do not handle such complexity and thus cannot achieve the necessary decreasing of costs and time-to-market. To handle those issues, it is necessary to develop tool chains allowing the design and analysis of real-time embedded systems, supporting automation and rationalization, and providing guidance to developers. According to our experience, model based approaches are good candidates to provide such features and help to diminish costs related to execution infrastructures. Indeed, modeling support the capture of all relevant features of real-time systems design and analysis. Besides, the simulation of heterogeneous models provides relevant information to system analysts. Then, execution of heterogeneous models, mixing several models of computation and communication, constitutes a great challenge. In the past, Thales Research and Technology has developed a strong modeling expertise through its contribution to several research projects related to UML modeling and Model based Engineering: CARROLL, MOVIDA, RT-SIMEX, etc. Thales R&T has also been an active actor in the definition of the UML profile for MARTE standardized by the Object Management Group (OMG) as well as the definition of ALF and fUML. This expertise has resulted in deployment of several modeling technologies in the group.

Obeo is a leading company for model driven software development based on Eclipse. Obeo offers products and services both to industrialize new development and to understand/update legacy systems. The company was created in 2005 and has now more than 45 employees in three offices (Nantes, Paris and Toulouse). It has several large companies as customers like Thales, Airbus, CEA, Alstom, Unédic, etc. Involved in the Open Source community, Obeo is an Eclipse-based company. It is the only french member of the Eclipse Foundation Strategic Member committee. It lead several modeling project such as: Acceleo (EMF code generator), ATL (EMF model transformation), EMF compare (model comparison), EEF (EMF model property editions). Moreover, Obeo is developing a nascent Eclipse-based technology, Obeo Designer, which devises a modeling environment for alleviating domain specific modeling language definitions and uses. Hence, Obeo will bring to the project this dual experience: modeling and Eclipse. The Obeo strategy is based on academic and industrial collaborations. Hence, Obeo is participating to several R&D projects such as Movida, RT-Simex, Edona, Verde, Imofis. Besides, Obeo is leading the Opees project. It will thus bring to the project this experience to ensure long-term availability of innovative engineering technologies resulting of GEMOC.

IRIT ACADIE (Assistance à la Certification d’Applications Distribuées et Embarquées – Distributed and Embedded Application Certification Assistance) has been involved in the integration of formal specification and verification and Model Driven Engineering technologies in the last 10 years. The results of this work, expressed as the eXecutable Domain Specific Modeling Language metamodeling pattern and the Coq4MDE formal specification of Model Driven Engineering key technological elements, has been applied in the FUI TOPCASED project for the development of model Validation and Verification tools such as model animators (in collaboration with ATOS Origin and the LIUPPA Movies team) and model checkers (in collaboration with the CNRS-LAAS-OLC, INRIA-VASY and INRIA-ESPRESSO teams). This work has been published both on formal engineering, model driven engineering and industrial transfer conferences. These activities are currently being extended in many projects such as FRAE QUARTEFT, ITEA OPEES and JTI ARTEMIS CESAR. These activities have always been conducted in close relationship with industrial partners like Airbus, ATOS, CNES, CONTINENTAL, C-S, EADS-Astrium and THALES providing a seamless transfer of formal specification and verification technologies to industrial end users through MDE.

The Aoste Team-project is a joint project between the I3S Laboratory (Informatique Signaux et Systèmes de Sophia Antipolis, UMR 7271 CNRS) and the INRIA Research center Sophia-Antipolis Méditerranée. The main objective of Aoste is to reconcile formal and engineering models for the modeling and analysis of real-time and embedded systems. Such systems require sound mathematically based models (for safety-critical aspects) that can address the complexity and heterogeneity of the applications (mix of control and data flow), the execution platform (increasingly parallel with multi-core architectures) and the allocation of the former onto the latter, taking into account functional and non-functional aspects (timing constraints, power consumption). Aoste builds on the experience of its team members on synchronous reactive languages (SyncCharts, Safe State Machines of SCADE) and their extensions (GALS, polychronous languages). Aoste proposes both static and analysis methods to guarantee the correction of properties and assess the adequacy of the proposed models. Over the last six years, we have set up to promote our work within the modeling community by taking the lead for the definition of the time model of the UML Profile for MARTE (Modeling and Analysis of Real-Time and Embedded systems), which has been formally adopted by the Object Management Group in November 2009. This time model gives a temporal and causal interpretation to models in general, and UML models in particular. This time model should be one the foundational element, in GEMOC, for the definition of the meta-language able to capture and compose MoCCs. 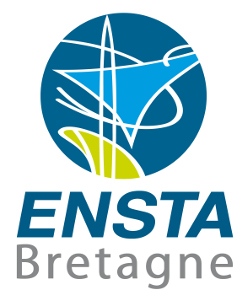 ENSTA-Bretagne is an academic partner involved in several projects related to MDE technologies; applied to process modelling, hardware/software co-design, requirements modelling, and vali¬dation. ENSTA-Bretagne expertise in hardware/software co-design has been reinforced during the national research ANR project MOPCOM-SOC/SOPC. One of the results brought in this project is the Cometa metamodel.. This metamodel is used through a dedicated tool-assisted methodology based on UML/MARTE. This Cometa metamodel is also used in the European ARTEMIS iFEST project as pivot formalism between several tools related to the co-design domain. In this context, the model of computation, described in Cometa, is promoted to structure the application modeling. ENSTA-Bretagne will contribute to GEMOC in the areas of metamodeling related to the communication in the model of computation. ENSTA-Bretagne will make use of GEMOC results in courses included in a postgraduate training on embedded system modelling and validation, down to concrete robotic applications developed with other teams of the ENSTA-Bretagne, like oceanographic submarine observatories and an auto¬nomous submarine.

Supélec is an engineering institute in the field of electric energy and information sciences, with classes of 460 engineers graduating each year. Supélec has a threefold mission: degree courses, research & development, continuing education. The organization of the Institute enables the teams focusing in specific fields within the three sectors of activity to work together in close synergy. E3S (Supélec Systems Science) is a multidisciplinary research team which benefits from the complementarity of its different domains (power systems, control science, signal processing, electro-magnetism, telecommunications, computer science) to address cross-cutting concerns in various fields (transportation, health care, security, production, environment). The “Heterogeneous Modeling and Verification” group in the Computer Science department focuses on the joint use of multiple paradigms to build models of complex systems in order to simulate their behavior and verify temporal properties. This work is at the boundary between model-based engineering and software language engineering, and is connected to testing, model-checking and formal proof. For a more in depth description of our achievements, see http://wwwdi.supelec.fr/software Supélec produced several contributions to Ptolemy for integrating the synchronous reactive paradigm. Since 2008, it has been developing ModHel’X, its own heterogeneous modeling and simulation platform in order to test new ideas about the necessary semantic adaptation between heterogeneous parts of a model. The contribution of Supélec to Gemoc is its knowledge of execution machines for the simulation of heterogeneous systems, and of semantic adaptation between parts of a model that use different modeling paradigms.